An interactive, hypertext narrative about a mysterious detective agency and a city eternally plagued by rain. 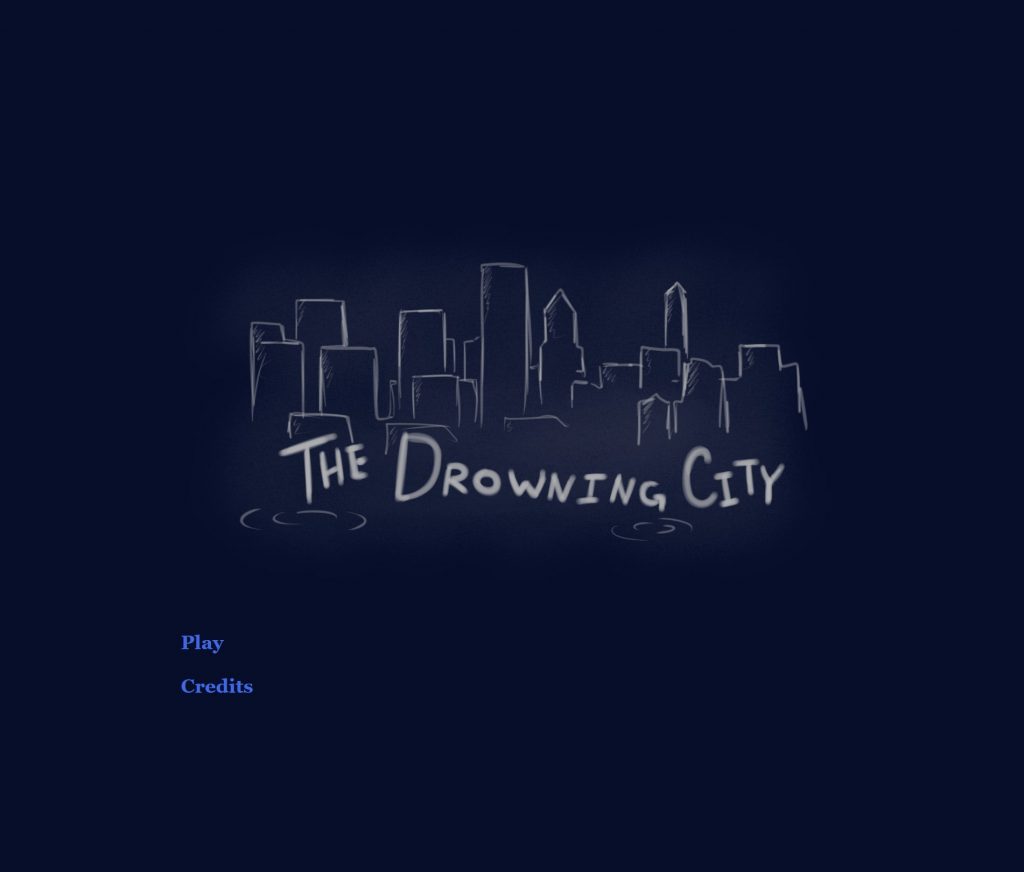 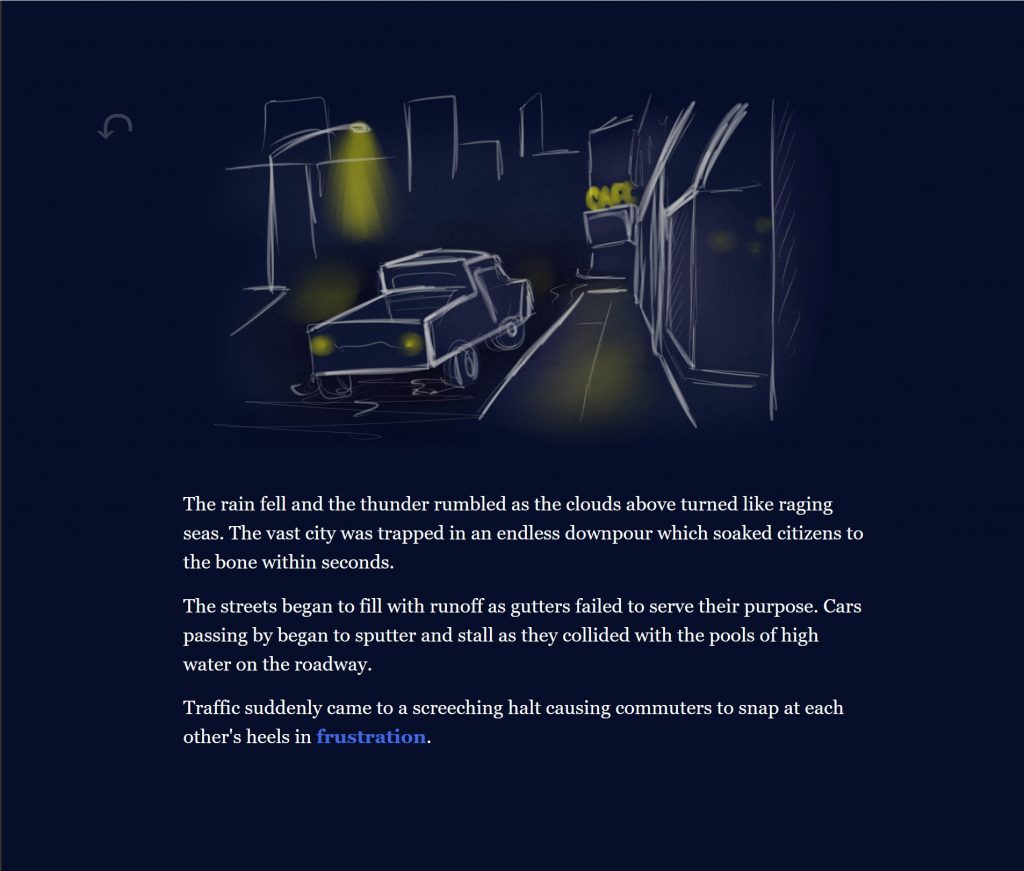 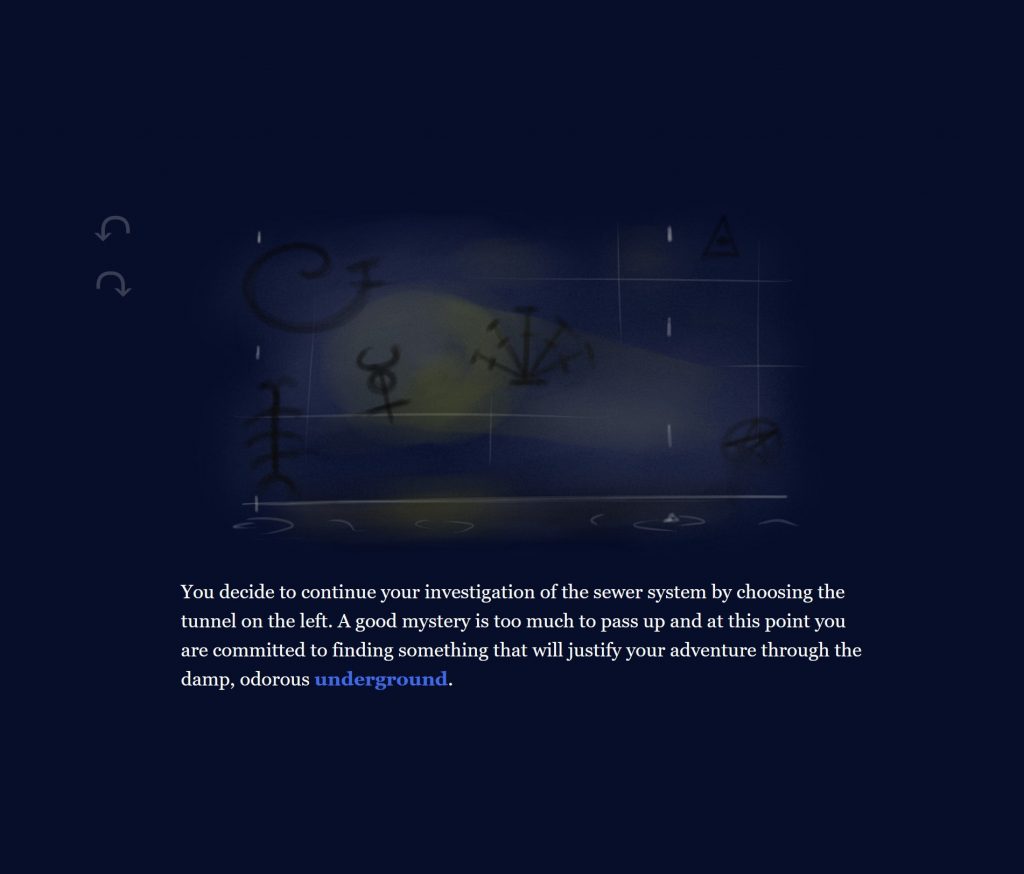 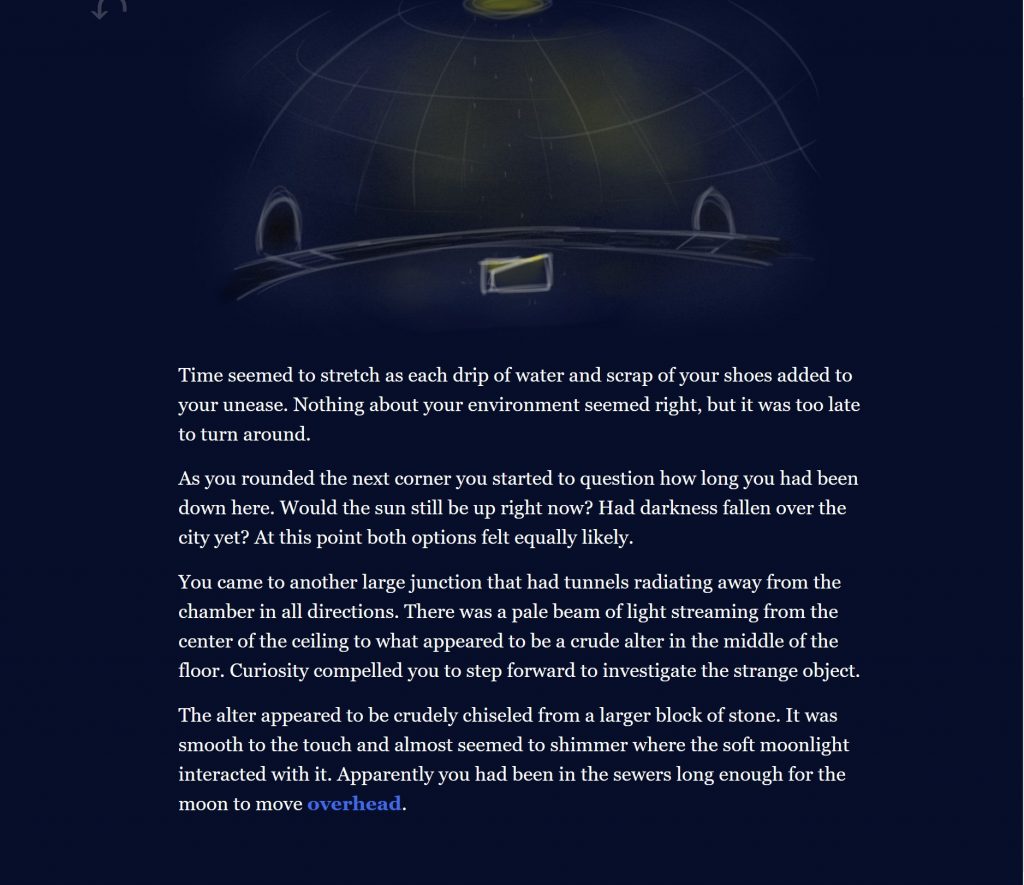 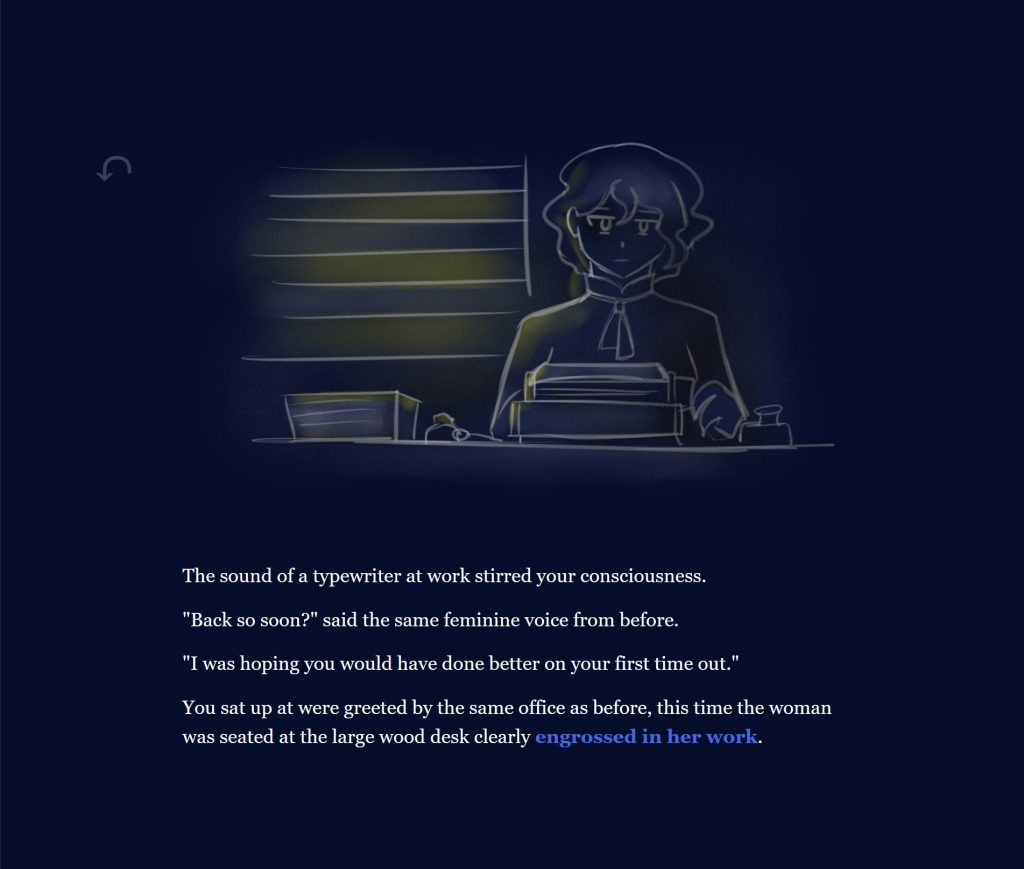 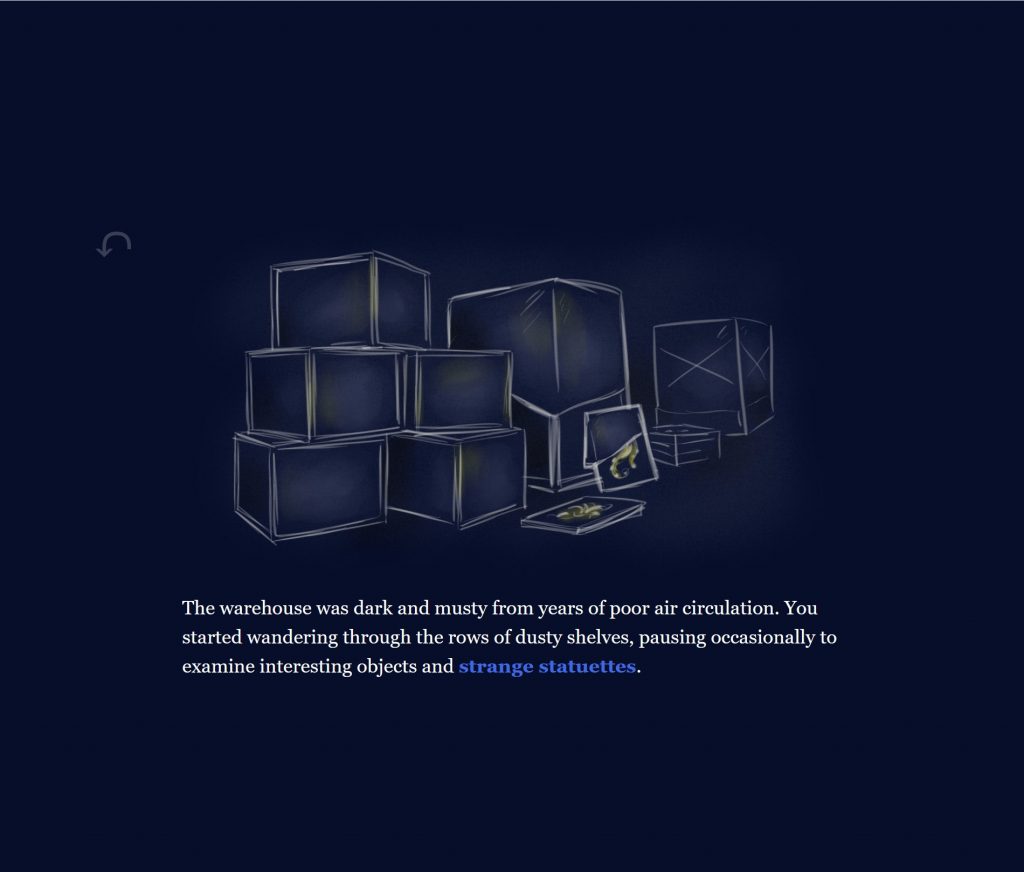 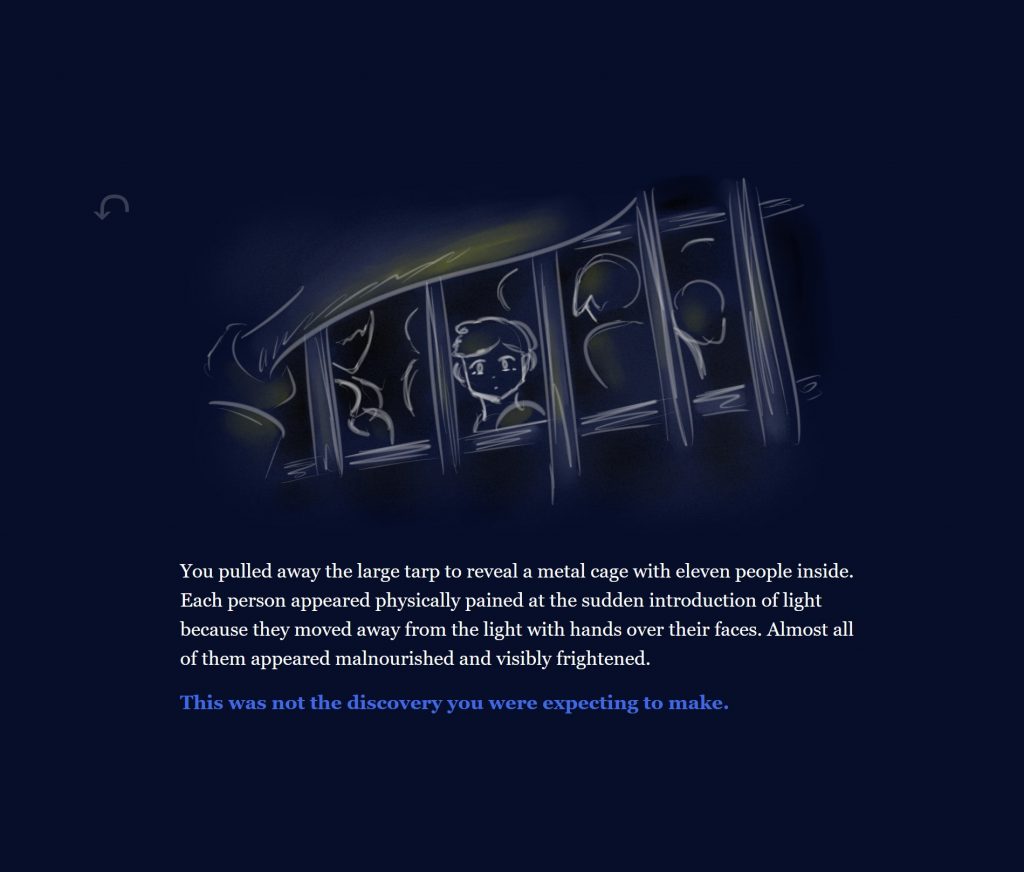 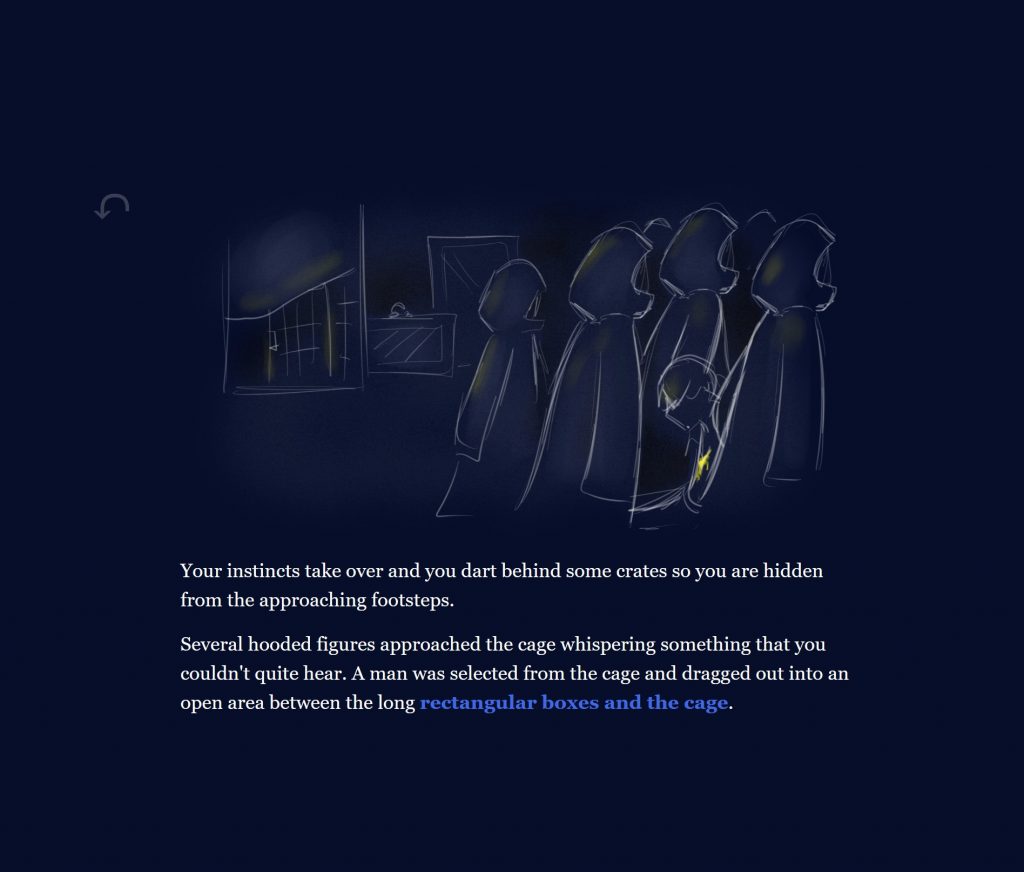 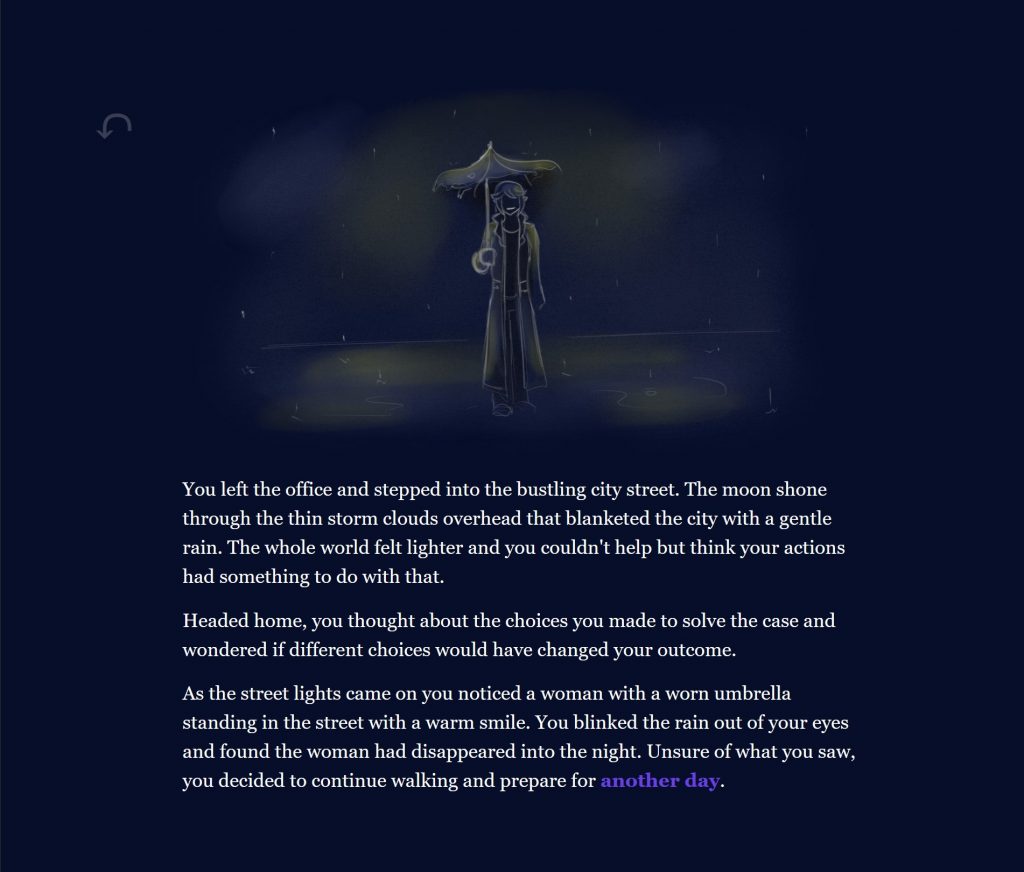 Developed from the minds of Katya Farinsky and Elyse Mollahan, The Drowning City borrows conventions from Eastern Literature and classic Noir Detective Stories to immerse the user into a mysterious city plagued by perpetual rain. Players are tasked with finding a recently missing child in an environment rich with vivid imagery and a strong atmosphere of mystery. To solve the case, and rescue the missing child, players will need to discover the secrets of the drowning city while evading the dark forces attempting to unleash an ancient evil upon the city.

Elyse and I developed The Drowning City from a short story concept she previously created. We collaborated on every aspect of this project, though I primarily focused on expanding the narrative with her input and Elyse created all the original artwork with occasional input from me. Our hypertext story was featured in the Spring 2020 Twine Stories Exhibition and is currently playable in browser.